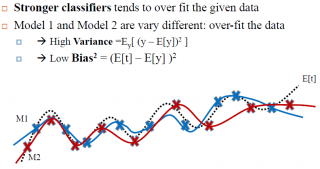 Bias and Variance of Classifier

Suppose our task is to predict the target class labels ti.

Error rate of the song classifier can be defined as:

If we expand the equation keeping in mind that we are calculating E over many data sets, we can decompose the error rate into three components as follows:

where Ey,t denotes the expected values over the distribution of random variables y and t, and Var(r) is variance.

The point here is that error rate can be decomposed into three components and using this insight we can then propose strategies for reducing error rates.

Let us now see how noise, bias and variance are generated for classification tasks.

When we collect data for training and testing of classifier, we are often faced with inconsistencies in data caused by noises, missing information, and errors. While we do our best, this kind of inconsistencies can slip through and result in errors in classification. 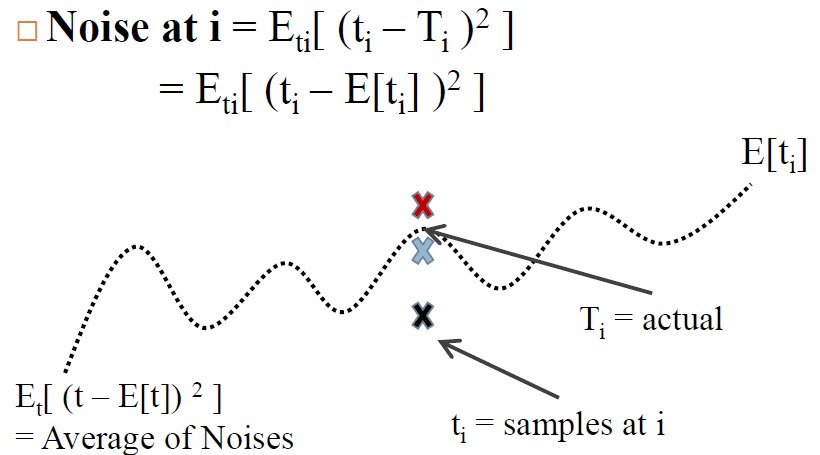 In the figure above, you see a line representing the actual data, which is estimated by averaging over all data sets: E[ti] = average value of ti.  Let's take a look at the values at time point i. We see that whenever we sample at time point i, we may get slightly different values due to noise. The average difference between the actual signal and the sampled values. This noise is physical limitation what we cannot control, so we ignore this noise for classification task as we cannot do much about it. 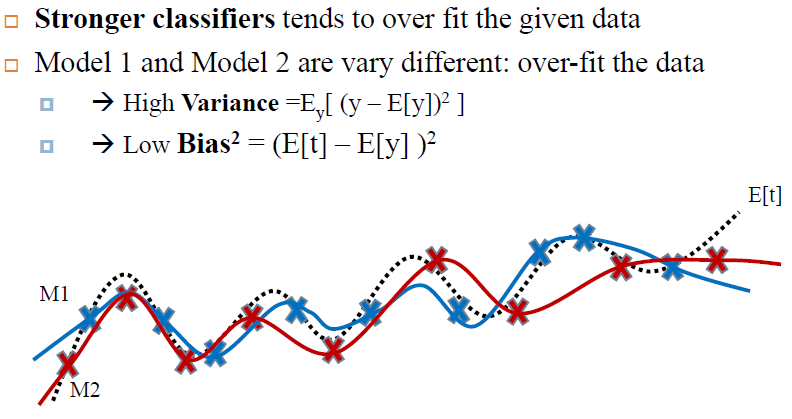 In the figure above, you see blue sample values and red sample values of the actual data. The blue and red lines represent the prediction models constructed using the blue and red sample data sets, respectively. If we use strong classifiers, the prediction models will closely follow the sample values. This is the case for M1 and M2. The average difference between M1 and M2 is the variance of the classifier. This suggests that strong classifiers will have bigger variance than weak classifiers. This will be more obvious when you see the description of bias below. 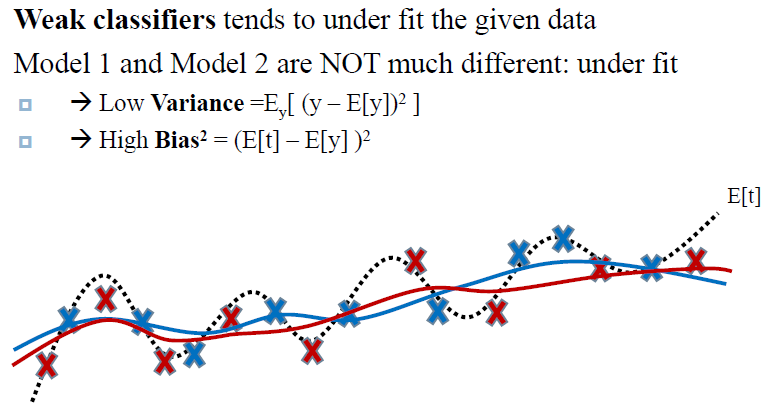 The important question now is that how we can reduce the error rates of existing classifier by properly balancing variance and bias of the classifiers. We will explore this question in the next chapter.